OSAKA, Japan--(BUSINESS WIRE)--Panasonic Corporation held the awards ceremony for the Kid Witness News (KWN) Global Contest 2017 on August 4 in Tokyo. This year the Grand Prix in the Primary Category was won by "One day of Beijing Kids," the video of Beijing Haidian Wanquan Primary School of China, while the Grand Prix in the Secondary Category was won by "Open.," the video of Fukushima Prefectural Iwaki Senior High School.

The 26 first-place works in each country for the global contest this year were particularly notable for the degree to which they depicted the diverse societies and real world that children live in, from their own perspective as children, dealing with themes such as school, family, persons with disabilities, patients with post-traumatic stress disorder, sports, and the joy of creating video works.

"One day of Beijing Kids," the Grand Prix-winning work in the Primary Category, by Beijing Haidian Wanquan Primary School, highlighted the hardships of children in Beijing who spend morning to night busy with study and activities. This work probes at the core of what children really want to do, as they are caught up in their own busy lives.

"Open.," the Grand Prix winner in the Secondary Category, by Fukushima Prefectural Iwaki Senior High School, was shot as a silent film without spoken dialogue to convey the message that there are things that can be communicated even without words. It shows us that communication is the best way for people to become closer to one another, with the ability to open up closed hearts even with unconscious behavior.

KWN activities are currently being conducted in 18 different countries and region around the world as part of Panasonic's educational support activities for the next generation. This is an interactive educational program in which participating schools are supplied with video equipment and the videos they produce are judged in contests every year. The children complete the entire production process themselves, from planning to investigation, filming, and editing. First launched in the United States in 1989, KWN has now been running for 28 years with a total of more than 180,000 children and their teachers taking part so far. This year's contest stimulates children's interest in sports under the current themes of "Environment," "Communication," and "Sports."

Panasonic will contribute to the development of the required qualities and skills to live in the future society and global talent. From this perspective, Panasonic will give its full support to children and youth through KWN and other activities to enable them to show all of their skills and potential as they strive toward their dreams and the future.

* The final seven nominated works can be seen on the official KWN website.

● What is KWN?
KWN was launched in 1989 when the local Panasonic company in the United States supplied video recording and editing equipment to public elementary and junior high schools for an educational program in which children could produce news videos from their own perspective. The program was then developed globally, with 18 different countries and region taking part today. The aims of the KWN activities are, through video production, to foster creativity among the children and to raise their social awareness as they investigate things like regional society and global environmental issues. Those overseeing the activities have also reported an educational value to the teamwork skills that can be cultivated through the video production process. The program also allows participating schools the opportunity for international exchange through the global network of KWN participating schools.

About Panasonic
Panasonic Corporation is a worldwide leader in the development of diverse electronics technologies and solutions for customers in the consumer electronics, housing, automotive, and B2B businesses. Celebrating its 100th anniversary in 2018, the company has expanded globally and now operates 495 subsidiaries and 91 associated companies worldwide, recording consolidated net sales of 7.343 trillion yen for the year ended March 31, 2017. Committed to pursuing new value through innovation across divisional lines, the company uses its technologies to create a better life and a better world for its customers. To learn more about Panasonic: http://www.panasonic.com/global. 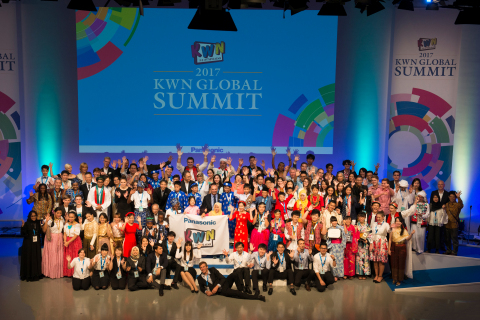 The KWN Global Contest 2017 was held with 18 countries/region students as part of the KWN Global Summit 2017 Week. (Photo: Business Wire) 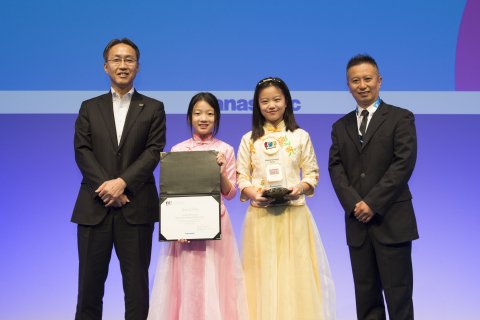 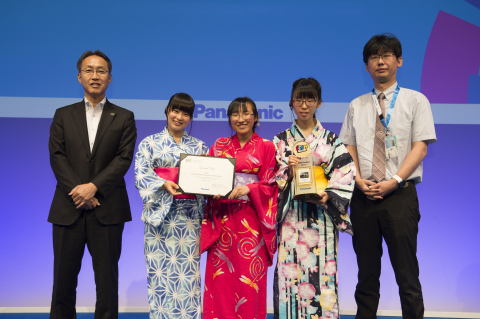