KUALA LUMPUR, Malaysia--(BUSINESS WIRE)--Charterprime, an international financial services and brokerage group based out of Australia focused on the Asia-Pacific region has recently launched a custom livery with AirAsia Berhad (MYX:5099) one of the largest carriers in the region. Charterprime’s logo and branding will appear on a AirAsia’s Airbus A320-200 aircraft.Tune Group Sdn Bhd, the parent company of AirAsia (current market cap of $10.9 billion) recently partnered with Charterprime in an official brokering capacity for all financial spot and futures products, namely foreign exchange (FX) as well as commodities such as oil, both to reduce costs and to hedge against market volatility.

Charterprime Managing Partner, Mathew Tate said, “AirAsia has been a great success story in all of our key markets so this arrangement is an effective and high-profile way for us to build brand awareness and appeal directly to new clients. Charterprime is proud to partner with a business that shares the same values as we do and the synergies we have in common will ensure the continued growth of our market share in South-East Asia and beyond.”

Another of Charterprime’s Managing Partners, Simon Stephen added,“The partnership with Tune Group has already delivered significant benefits to our business. It has also showcased our unique capabilities and expertise in financial spot and futures products. More broadly it aligns with Charterprime’s strategic goals to target key institutional partnerships that deliver exponential growth over the long-term.”

AirAsia, the leading and largest low-cost carrier in Asia by passengers, services an extensive network of over 120 destinations. Since starting operations in 2001, AirAsia has carried more than 330 million guests and has grown its fleet from just two aircraft to over 200. The airline is proud to be a truly Asean (Association of Southeast Asian Nations) airline with operations based in Malaysia, Indonesia, Thailand and the Philippines as well as India and Japan, servicing a network stretching across Asia, Australia and New Zealand and the Middle East. AirAsia has been named the World’s Best Low-Cost Airline at the annual Skytrax World Airline Awards eight times in a row from 2009 to 2016. AirAsia was also awarded World's Leading Low-Cost Airline for the fourth consecutive year at the 2016 World Travel Awards, where it also beat a field of full-service carriers to become the first ever low-cost carrier to win World's Leading Inflight Service.

Charterprime is an international financial group specialising in the brokerage of financial products and foreign exchange. The company’s key objective is to maintain its award-winning Over-The-Counter derivatives offering and continue its expansion throughout the Asia-Pacific region. Charterprime will focus on upholding its reputation as a transparent and trustworthy provider as it grows its financial services offering and global reach. 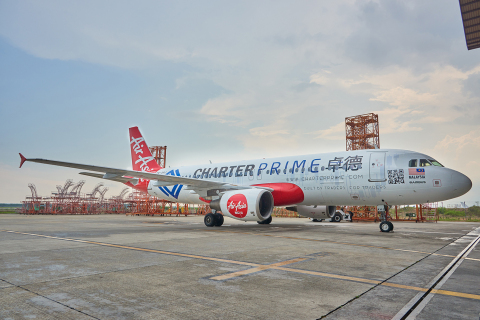