VENICE, Italy--(BUSINESS WIRE)--DFS Group, the world’s leading luxury travel retailer, presented a unique musical event on November 20 exclusively for visitors to T Fondaco dei Tedeschi, DFS’ first lifestyle department store in Europe, as part of DFS’ ongoing commitment to offering new and exciting cultural initiatives to the city of Venice. In an intimate setting, world-renowned composer and pianist Michael Nyman performed a solo concert on the eve of the Venetian Madonna della Salute festivities, which also helped to raise much-needed support for many hundreds of people who are still struggling to rebuild their lives in the wake of devastating earthquakes in Italy in recent months.

Over 350 people attended the concert held within the courtyard of the newly renovated Fondaco dei Tedeschi. This historic building, with modern design elements introduced by the architect Rem Koolhaas, provided an ideal backdrop to Nyman’s traditional and experimental compositions. A prolific creative force and award-winning composer, Nyman’s “Water Dance” music is also featured in artist Fabrizio Plessi’s stunning “Under Water” installation which is being shown at the T Fondaco dei Tedeschi Event Pavilion until January 15.

Over €4000 was raised through donations at the event, with all proceeds going to help those affected by the earthquakes.

Nyman’s solo piano concert featured tracks that have made him famous all over the world, such as The Claim, The Piano, The Diary of a Young Girl (Anne Frank), Gattaca, Wonderland and Prospero’s Book. Most of the pieces are included in his piano solo albums, The Piano Sings and The Piano Sings 2, released on his own label, MN Records.

About T Galleria by DFS

T Galleria by DFS, formerly known as DFS Galleria, is the ultimate evolution of the original travel retail concept pioneered by DFS Group. The first downtown store opened in 1968 in Hong Kong, followed shortly thereafter by Honolulu and eventually expanding to 18 locations all over the world. Today, T Galleria by DFS has a presence in the United States, as well as across Europe, Asia, Australasia and the South Pacific regions. Linked to the notion of travel through the use of T for the Traveler, the brand stands for what customers have come to expect: an expertly curated assortment of the world’s preferred luxury brands, exceptional retail environments, highly personalized services and unique experiences tailored to their specific needs as travelers. T Galleria by DFS enables travelers to realize their individual style, one journey at a time. 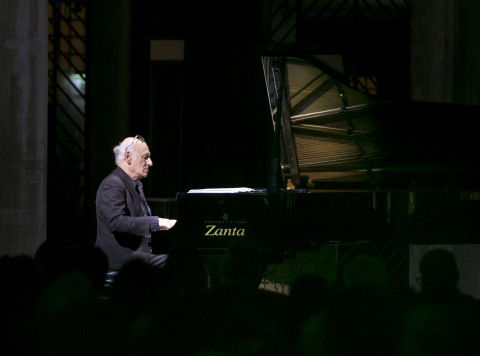 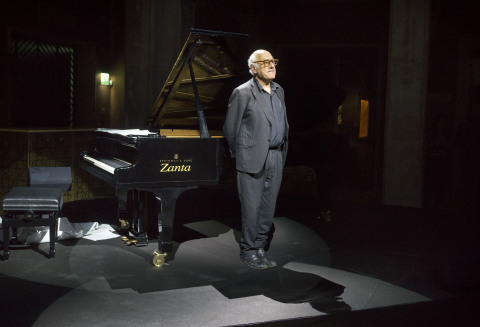 Nyman's solo piano concert featured tracks that have made him famous all over the world, such as The Claim, The Piano, The Diary of a Young Girl (Anne Frank), Gattaca, Wonderland and Prospero's Book. (Photo: Business Wire)