The Convocation Ceremony on the evening of 18 October was the final official event of Cape Town’s WDC 2014 program. Commissioner Dr. Wei-Gong Liou of Taipei City Government and the WDC Taipei 2016 Office led a group to Cape Town to attend the ceremony. Witnessed by Cape Town Mayor Patricia de Lille and 170 invited guests from the global design community, Dr. Brandon Gien, President of the International Council of Societies of Industrial Design (Icsid), formally presented the WDC Commemorative Plaque to Commissioner Liou.

Commissioner Liou said: “Over the last two years, since we began the application process to host WDC 2016, Taipei City’s efforts to embed design-led thinking into the public policy formulation of city government departments have given rise to many innovative proposals. At the same time, the enthusiastic response of locally based designers has helped our citizens to jointly explore ways to make our city a better place. We have discovered that through a combination of design, government resources and private-sector participation, we are gradually changing the face of Taipei City, and also changing people’s ways of thinking. This is a positive development. We hope that in the coming two years we can continue to push these efforts forward, to enable Taipei City to continually improve and change, and to truly become a people-oriented Adaptive City.”

While there are many awards that recognise individual accomplishments in design, the World Design Capital® (WDC) designation is unique as it aims to focus on the broader essence of design’s impact on urban spaces, economies and citizens. The designation provides a distinctive opportunity for cities to feature their accomplishments in attracting and promoting innovative design, as well as highlight their successes in urban revitalisation strategies.

The World Design Capital is an initiative of the International Council of Societies of Industrial Design (Icsid). Founded in 1957, Icsid is an international not-for-profit organisation committed to the advancement of industrial design. 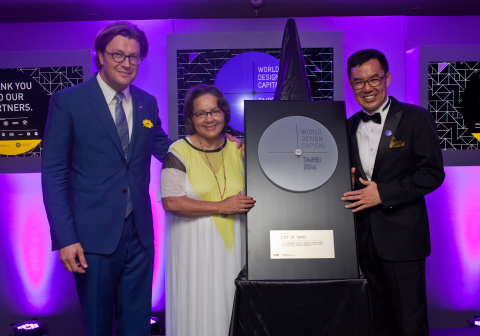