ISTANBUL--(BUSINESS WIRE)--The Turkish Industry and Business Association (TÜSİAD) and Global Coalition for Efficient Logistics (GCEL) executed a landmark MOU towards solidifying Turkey’s leadership in empowering the Digital Economy through the HumaWealth Program. HumaWealth is a global program that promotes trade efficiency through a Digital Economy Platform that harnesses the power of 21st century technology. The Program involves pan-regional organizations worldwide including the Organization of Islamic Cooperation - Islamic Center for Development of Trade (ICDT), Organization of American States, African Union, League of Arab States and ASEAN-BAC, plus major economies including G20 countries India, Indonesia and Saudi Arabia.

Mr. Yavan stated, “The world recognizes that trade is essential to sustain economic growth. Therefore, in order for trade to reach its full potential and for economies to achieve real economic integration, we must commit to trade efficiency in order to reach peak performance levels. To this end we will be pleased to support GCEL in conducting a National Trade Efficiency Assessment in cooperation with Turkish public and private sector experts. This diagnostic assessment will provide guidance to our members, who represent more than 80% of our country’s non-energy foreign trade, as to the tremendous opportunities to further strengthen Turkey’s trade environment through the Digital Economy Platform.”

Captain Salloum welcomed this cooperation that will pave the way to include Turkey with other G20 countries stating, “As a first step towards deploying the HumaWealth Program, we have completed Trade Efficiency Assessments for KSA, India, Indonesia and Malaysia in coordination with their government ministries and private sector experts. We have covered 40% of Asia’s population representing 22% of the world’s population and the results yielded that 81% of trade participants have no system and 88% want the Digital Economy Platform. More than 1/3 of the G20 citizens demand from their leaders the proposed Digital Economy.” 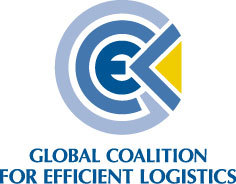