LOUISVILLE, Ky.--(BUSINESS WIRE)--Yum! Brands (NYSE: YUM), the world’s largest restaurant company and parent of KFC, Pizza Hut and Taco Bell, announced today the launch of its annual World Hunger Relief effort featuring multi-Grammy Award winner and international superstar Christina Aguilera in a new public service announcement. According to the United Nations, there are nearly 1 billion people around the world who are hungry today.

The new PSA airs in October and depicts a mother’s emotional struggle with not having the means to provide one of life’s most basic necessities for her hungry child, food. Aguilera urges viewers to give the millions of children who go to bed hungry a voice and “join the chorus at FromHungertoHope.com and use your voice for good.” Her soulful hit single, “The Voice Within,” plays softly throughout the :15, :30 and extended versions of the PSA.

Aguilera will also appear in World Hunger Relief posters at KFC, Pizza Hut and Taco Bell restaurants with the quote “Together we can use our voices for good to save lives and move from hunger to hope,” advertising and online efforts, including the campaign’s website, FromHungertoHope.com.

Aguilera has served as global spokesperson for Yum! Brands’ World Hunger Relief effort since 2009 where her participation has helped raise millions for WFP and other hunger relief agencies. She also serves as an “Ambassador Against Hunger” for WFP where she has traveled on relief trips with the organization to Haiti and Guatemala. She recently received a special achievement award for her incredible career and work in philanthropy, including her efforts with World Hunger Relief, at the 2012 National Council of La Raza ALMA Awards.

“The concept of my new PSA for Yum! Brands’ World Hunger Relief effort really moves me, not just because I’m a mother, but because it speaks to anyone who has ever struggled to feed their children,” said Aguilera. “It is a devastating issue but one that we can help solve and that’s why I’m so passionate about using my voice by raising awareness.”

“It is unacceptable to think that nearly 1 billion people around the world go hungry today,” said David Novak, Chairman and CEO, Yum! Brands, Inc. “We are extremely thankful for Christina’s efforts to help us raise attention to the critical global hunger problem. As one of the world’s largest restaurant companies, we have the privilege and responsibility to lead the fight to end hunger and save lives.”

Hunger and malnutrition are the number one risk to health worldwide - greater than AIDS, malaria and tuberculosis combined. Among the key causes of hunger are natural disasters, conflict, poverty, poor agricultural infrastructure and exploitation of the environment.

“We are grateful for our partnership with Yum! Brands which helps raise tremendous awareness and funds,” said Ertharin Cousin, Executive Director of WFP. “Their annual World Hunger Relief campaign is providing more meals to the world's hungry poor. It demonstrates how when we all take action together, even the smallest individual donation helps tackle the world's greatest solvable problem: hunger.”

Consumers can visit FromHungertoHope.com or donate in KFC, Pizza Hut and Taco Bell restaurants worldwide (no purchase necessary - see calendar below for U.S. campaign dates). Every U.S. dollar raised will go directly towards WFP’s operations to fight hunger around the world. One U.S. dollar provides four meals for hungry children at school.

Yum! plans to generate the equivalent of nearly $50 million in awareness of the hunger issue through PSAs, advertising, public relations, web-based communications and in-restaurant posters. The Company’s employees and franchisees will be volunteering their time around the globe at hunger relief agencies, food banks, soup kitchens and launching fundraisers.

Since Yum! Brands’ World Hunger Relief launched in 2007, more than 1 million of the Company’s employees, franchisees and their families have volunteered millions of hours to aid hunger relief efforts in communities worldwide. The effort has raised $115 million for WFP and other hunger relief organizations and is helping to provide 460 million meals and save the lives of millions of people in remote corners of the world.

Yum! is also addressing hunger across the U.S. through its Harvest program. Since its launch over two decades ago, Harvest has become the largest prepared-food donation program in the world. Through Harvest, Yum! has donated over 148 million pounds of food, with a value of nearly $650 million, to those at risk of hunger in the U.S. The Company also has been the primary sponsor of the Dare to Care Food Bank in Louisville for 10 years, and has donated $10 million to this local agency.

Campaign Calendar: World Hunger Relief kicks off its fall campaign in the U.S. with Pizza Hut on September 23, Taco Bell on October 4 and KFC on October 15.

Yum! Brands, Inc., based in Louisville, Kentucky, is the world's largest restaurant company in terms of system restaurants with nearly 38,000 restaurants in more than 120 countries and territories. Yum! is ranked #213 on the Fortune 500 List with revenues of more than $12 billion in 2011. The Company's restaurant brands - KFC, Pizza Hut and Taco Bell - are the global leaders of the chicken, pizza and Mexican-style food categories. Outside the United States, the Yum! Brands system opened approximately four new restaurants each day of the year, making it a leader in international retail development. 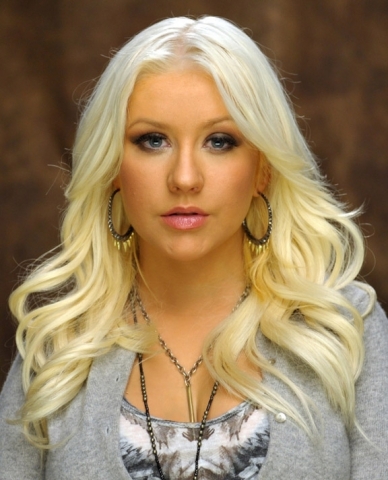 Christina Aguilera uses her voice for good in the fight against hunger in a new PSA for Yum! Brands World Hunger Relief effort launching in KFC, Pizza Hut and Taco Bell restaurants worldwide to benefit the UN World Food Programme and others. Nearly 1 billion people are going hungry around the globe and Aguilera is raising awareness as global spokesperson for Yum! Brands World Hunger Relief. Visit FromHungertoHope.com. (Photo: Business Wire)