The American Foundation for AIDS Research's (amfAR) Inspiration Paris Gala 2012 in June was a star studded affair and it delivered a spectacular evening for all those privileged to be there. At the event, sponsored by Rebecca Wang Entertainment, world renowned designer Marc Jacobs took Honorary Chair and Robert Duffy, as President of Marc Jacobs and Marc Jacobs International, received the Piaget Award of Inspiration.

In addition to Rebecca Wang Entertainment, sponsors for the prestigious event were M.A.C. Cosmetics and Piaget while overall organisation for the evening was undertaken by Josh Wood Productions.

Rebecca Wang, the producer of Hollywood feature film Passion Play said 'Inspiration Paris Gala 2012 again served as a shining example of amfAR's events. Great enjoyment and entertainment were had by all guests, in a context of increased awareness for amfAR's continued mission against AIDS'.

amfAR's international fundraising events are renowned for their ability to attract world-level public figures, A-list celebrities and lead players across society along with all the media attention that invariably accompanies them. Over the years these benefits have consistently drawn high-profile guest lists including Giorgio Armani, Bill Clinton, George Clooney, Leonardo DiCaprio, Nicole Kidman, Oliver Stone, Quentin Tarantino and Harvey Weinstein.

AmfAR also runs the Cinema against AIDS Gala series. Held against the backdrop of leading international film festivals, these Galas are among the most high-profile and consistently successful fundraisers worldwide. Since 1993 over $70 million have been generated in support for the Foundation's research programmes through the series, and a pivotal role has been taken in focusing attention on AIDS research worldwide. The latest Gala, held during the 2012 Cannes Film Festival featured for the very first time fashion collections from Chanel, Valentino, Versace, Lanvin and Balenciaga. Kylie Minogue, Janet Jackson, Karl Lagerfeld and amfAR chairman Kenneth Cole were among those attending. Almost $11 million was raised on this occasion, breaking all previous records.

In 2010 amfAR launched the Inspiration series to celebrate all aspects of men's fashion and style, and to recognise those who have made an outstanding contribution to amfAR's cause. Inspiration events happen annually in New York, Paris, Los Angeles, and Sao Paolo, and to date have raised more than $3 million.

amfAR was formed in 1985 with the merging of the AIDS Medical Foundation and the National AIDS Research Foundation. Eminent doctors Mathilde Krim and Michael S. Gottlieb, groundbreakers among those demanding an early and vigorous research effort to the crisis as well as a concerted public information campaign, assumed Chairmanship along with Dame Elizabeth Taylor as Founding National Chairman. Since then, with more than $340 million raised and invested in programmes and grants worldwide, amfAR, as a world leader among non profit organisations stands known for its track record of success, it's enduring leadership on HIV/AIDS, it's unwavering adherence to scientific principles and it's staunch support of human rights.

RWE is an independent company founded by Rebecca Wang in 2010. Its recent work has involved film production and developing, producing and financing major theatrical motion pictures, including Hollywood feature film PASSION PLAY, starring Oscar nominees Mickey Rourke and Bill Murray as well as Megan Fox. In addition to its initial venture into film, the company is a patron of artistic expression generally and is committed to encouraging and supporting creative spirit in all art forms.

Rebecca Wang Entertainment is proud to be the sponsor of the amfAR Paris Inspiration Gala 2012, being the first time that RWE and amfAR have collaborated. Rebecca Wang supports a number of global AIDS charities, including the Elton John Aids Foundation and is also a patron of the Royal Academy of Music as well as the following British art galleries; the Royal Academy of Arts, the National Gallery, Serpentine Gallery and Tate Modern. 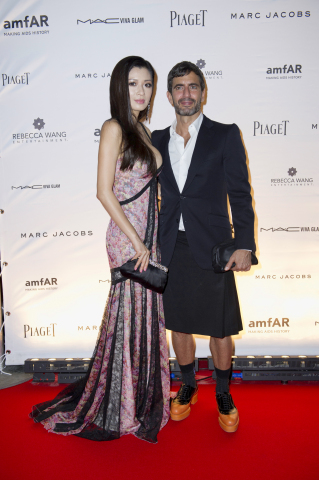 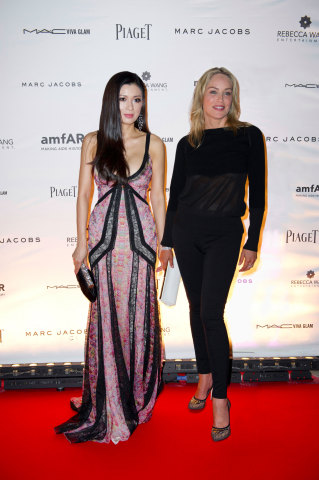 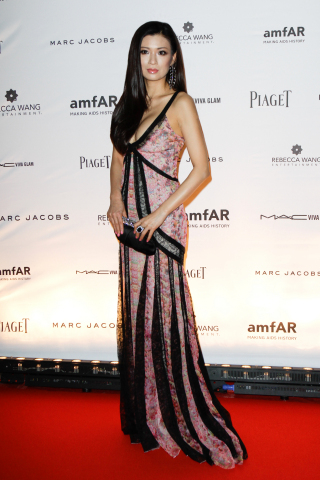