SYDNEY--(BUSINESS WIRE)--Charter Pacific (ASX:CHF) is pleased to announce that the positive outcome of a first pass ground magnetic survey on the company’s 792 Permit in Mauritania completed by SEMS Exploration in December 2011 and January 2012 has confirmed the potential for an exploration target of approximately 2.6 billion tonnes (Bt) of iron ore as reported in August 2011.

The occurrence of Banded Iron Formations (BIF), as mapped by the British Geological Survey on their 1:200,000 scaled geological maps, has been verified and Charter Pacific geologists have identified several BIF occurrences not previously published on these geological maps.

The ground magnetic survey completed in December and January suggests that additional iron ore horizons occur beneath the surface.

Both the identification of previously unknown BIF units at surface and the possible occurrence of subsurface BIF has compelled Charter Pacific to continue exploration of Permit 792 to more precisely determine the potential for an exploration target of approximately 2.6 Bt or more of iron ore.

SEMS Exploration is undertaking a second round of fieldwork, commenced on Monday 20 February, comprising infill geophysics over selected sites within Permit 792 and structural mapping of outcropping iron ore. The second round of field work will last for two months and is expected to produce a more detailed geological map of the 792 Permit as well as identifying drill targets to more thoroughly test the iron ore potential of this permit.

The information in this report as it relates to Exploration Results was prepared by Harry van den Berg, who is a full-time employee of SEMS Exploration Services Ltd with the title of Consultant Geophysicist and Database and GIS Manager. Mr van den Berg has sufficient experience which is relevant to the styles of mineralisation and types of deposits under consideration. The work has been reviewed by Simon E. Meadows Smith, Bsc Geology, Managing Director of SEMS Exploration Services Ltd who is a member of a ‘Recognised Overseas Professional Organisation’(ROPO), the Institute of Materials, Minerals and Mining and who is a Competent Person as defined in the 2004 Edition of the Australasian Code for Reporting of Exploration Results, Mineral Resources and Ore Reserves, and has consented to the inclusion of the above information in the form and context in which it appears. 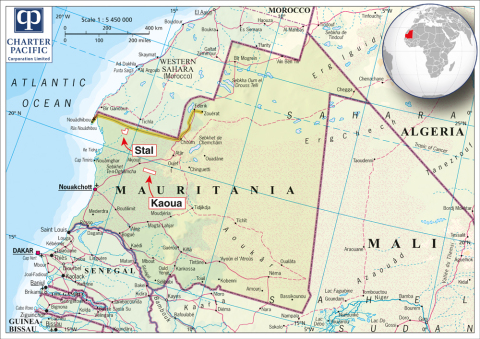 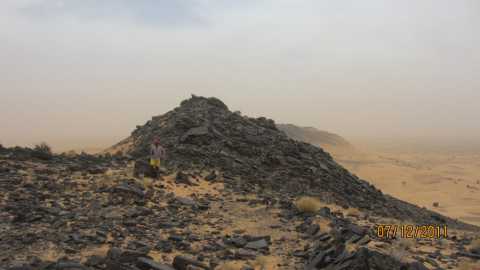