Aguilera Spotlights Visit to WFP Relief Mission in Haiti and Urges Others to Join Her Help 1 Billion Hungry People by Going to www.FromHungertoHope.com

Aguilera raises awareness of the hunger issue by appearing in new World Hunger Relief restaurant posters, including a never-seen-before photo of her in Haiti, with the quote, “Together, we have the power to save lives and go from hunger to hope”. Aguilera also appears in a global PSA where the multi-Grammy Award winning pop superstar sings Beautiful to raise money for hunger relief as well as online efforts, including the campaign’s website, FromHungertoHope.com.

Aguilera was appointed “Ambassador Against Hunger” for WFP this year and traveled with the organization to Haiti where she toured the quake-stricken country with WFP aid workers and spent time with mothers and children after the January earthquake. She visited schools and helped serve meals to children receiving food through WFP school meal programs.

“I saw the faces of hungry children in Haiti and in Guatemala on field trips with the World Food Programme and it was heartbreaking,” said Aguilera. “As a mother, I know how critical the right foods at the right time are for kids and that’s why I am so passionate about fighting hunger and lending my voice to the World Hunger Relief effort. My goal for World Hunger Relief is to inspire as many people as possible to donate to the cause and move millions of people from hunger to hope,” added Aguilera.

There are approximately 1 billion hungry people around the world today. Hunger and malnutrition are the number one risk to health worldwide — greater than AIDS, malaria and tuberculosis combined. Among the key causes of hunger are natural disasters, conflict, poverty, poor agricultural infrastructure and over-exploitation of the environment. Recently, financial and economic crises have pushed more people into hunger.

“With about 1 billion people going hungry around the world today, this critical issue must be addressed,” said David Novak, Chairman and CEO, Yum! Brands, Inc. “As the world’s largest restaurant company, we believe it is our responsibility to do everything we can to find a meaningful solution such as building awareness, inspiring volunteerism and raising money,” said Novak.

Novak, Company presidents from Taco Bell, Pizza Hut, KFC, Yum! Restaurants International and other senior executives and franchise leaders traveled to Nicaragua to see WFP’s relief efforts in the country. As the second poorest country in the Latin America and Caribbean region, Nicaragua is one of many recipients of funds raised through World Hunger Relief.

“Everyone can play a critical part in the fight against global hunger – if each person makes just a small contribution, we can keep hunger on the run,” said Josette Sheeran, Executive Director of WFP, adding that Yum!’s World Hunger Relief campaign is living proof of the impact individuals and companies can have on global hunger.”

Consumers can visit FromHungertoHope.com or donate in the restaurants (no purchase necessary – see calendar below for dates that each brand’s participating restaurants begin their in-store campaign). Yum! is also selling World Hunger Relief merchandise for the first time on the campaign’s website with 100 percent of the proceeds going directly to WFP. Merchandise includes special edition World Hunger Relief reusable Snack Happened™ snack bags from Itzy Ritzy®. Every U.S. dollar raised will go directly towards WFP’s operations to fight hunger around the world. One U.S. dollar provides four meals for hungry children at school.

Yum! plans to generate the equivalent of nearly $50 million in awareness of the hunger issue through a PSA, advertising, public relations, web-based communications and in-restaurant posters. The Company’s employees and franchisees will be volunteering their time around the globe at hunger relief agencies, food banks, soup kitchens and launching fundraisers.

As an extension of its World Hunger Relief efforts, Yum! Brands Foundation is underwriting the ‘Muhammad Ali Center Peace Gardens’ to teach children in underprivileged areas how to grow food with plants from different countries, feed themselves and others in need while embracing diverse cultures and nutrition. Yum! Brands Foundation is providing educational tools and materials including a free, downloadable curriculum guide translated into six languages and $100,000 in grants to build gardens in underprivileged schools around the world over the next four years.

In the past three years, World Hunger Relief has raised nearly $60 million for WFP and other hunger relief organizations and is helping to provide approximately 250 million meals, saving the lives of millions of people in remote corners of the world. More than 1 million of the Company's employees, franchisees and their families have volunteered more than 15 million hours to aid hunger relief efforts in communities worldwide. Earlier this year, WFP named Yum! Brands Private Sector Partner of the Year for the Company’s global effort.

For more than ten years, the Company has also donated more than $60 million of prepared food annually to the underprivileged in the United States. Since the Company went public in 1997, it has donated nearly $550 million of its food to hunger relief agencies in the U.S. The Company also has been the primary sponsor of the Dare to Care Food Bank in Louisville for nine years, and has donated nearly $9 million to this local agency.

Campaign Calendar: World Hunger Relief kicks off its month–long campaign in the U.S. with Taco Bell on October 7, KFC on September 27, Pizza Hut on September 26 and Long John Silver’s/A&W Restaurants on September 19.

Yum! Brands, Inc., based in Louisville, Ky., is the world’s largest restaurant company in terms of system restaurants with more than 37,000 restaurants in more than 110 countries and territories. The company is ranked #216 on the Fortune 500 List, with revenues of nearly $11 billion in 2009. Four of the company’s restaurant brands – KFC, Pizza Hut, Taco Bell and Long John Silver’s – are the global leaders of the chicken, pizza, Mexican–style food categories and quick–service seafood categories. A&W Restaurants is the longest running quick–service franchise chain in America. Outside the United States, the Yum! Brands system opened more than four new restaurants each day of the year, making it a leader in international retail development. The Company has consistently been recognized for its reward and recognition culture, diversity leadership, community giving, and consistent shareholder returns. 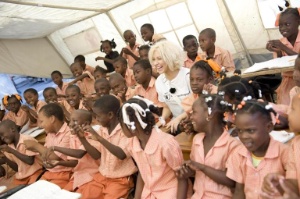