LONDON--(BUSINESS WIRE)--Following the release of the song Spark Your Life, VOOPOO, a leading e-cigarette brand, pushed the boundaries again by inviting the world-renowned graffiti artist Woskerski to create a visual feast of street art in London with his impactful graffiti.

As a world-renowned e-cigarette brand, VOOPOO has never stopped its pursuit of innovation in line with the connotation of its brand symbol ∞, continuously launching new crossover collaborations and leading the industry trends. This time, the VOOPOO brand was uniquely presented in a very modernist style through the cooperation with the well-known graffiti artist Woskerski who achieved a perfect balance between art and the brand image, and brought consumers a diversified innovative experience.

Based on the VOOPOO brand symbol ∞ , the artist Woskerski utilized his amazing creativity to create a huge graffiti with a focus on VOOPOO’s new product Argus GT 2, which perfectly integrated vapors, and the brand symbol. Meanwhile, it was fully incorporated into London's Leake Street Tunnel, bringing out a very characteristic energy and charm. Thousands of people were attracted to witness the creation process, and many Internet celebrities launched live streaming to interact with VOOPOO fans.

Spark Your Life, and more. With its products being well received all over the world, VOOPOO’s iconic brand symbol has also been deeply rooted in the hearts of the users. In addition to the giant graffiti of the infinity symbol in London, another artist also launched the graffiti creation of the VOOPOO giant infinity symbol recently in the Kalijodo Park in Jakarta, Indonesia, which attracted a lot of Indonesian fans. Even more surprising, on the social media platform TikTok and the VOOPOO Fans club app in Indonesia, thousands of Internet celebrities and users are posting their own creation of the infinity symbol and showing their love for the brand by displaying VOOPOO products and paintings.

This year, from the release of the song Spark Your Life, to the launch of the TikTok Challenge, and to the infinity symbol graffiti in the UK and Indonesia, VOOPOO has continued to break through the boundaries and become the leading trend-setter in the e-cigarette industry. Let us look forward to VOOPOO’s follow-up big moves.

The original source-language text of this announcement is the official, authoritative version. Translations are provided as an accommodation only, and should be cross-referenced with the source-language text, which is the only version of the text intended to have legal effect. 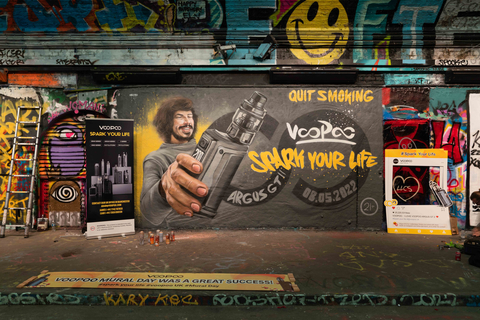 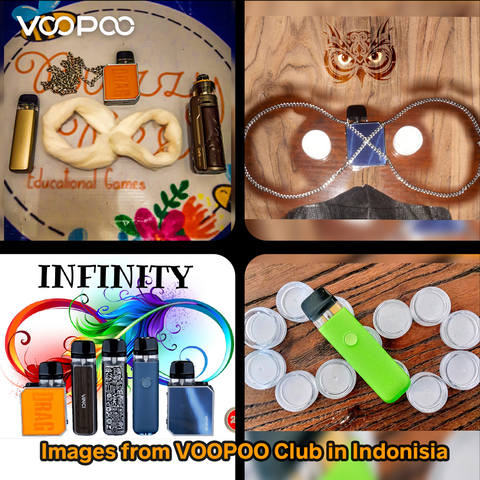