MCLEAN, Va.--(BUSINESS WIRE)--Intelsat, operator of the world’s largest integrated satellite and terrestrial network and leading provider of inflight connectivity (IFC), is donating a pioneering piece of satellite history to the Smithsonian’s National Air and Space Museum in Washington, DC. The company will transfer the ground spare of the Intelsat 1 satellite in a ceremony today at the museum’s Steven F Udvar-Hazy Center near Washington Dulles International Airport.

Intelsat 1, also known as Early Bird, was the first commercial communications satellite in geosynchronous orbit launched April 6, 1965. During the early age of space technology, two identical satellites were often constructed in the event of launch failure. Today’s donation is a fully constructed satellite that had been on display at Intelsat’s U.S. headquarters.

Through its four years of service, Intelsat 1 played a historic role in connecting humanity. It is credited with broadcasting the Apollo 11 moon landing to millions of TV viewers around the world, doubling the number of telephone lines between the continents, and providing other critical telecommunications and broadcasting services. Intelsat 1 was also the first satellite to provide direct and nearly instantaneous contact between Europe and North America.

“This historic satellite’s new home commemorates its role in some of the most profound moments in human space exploration and global connectivity. Allowing people to witness the moon landing live inspired a generation of space explorers and enthusiasts. This reminder of Intelsat’s integral part in driving humanity forward only underscores how far Intelsat has come today and will continue to go in connecting our world,” said Intelsat CEO Stephen Spengler.

“We are excited to collect the ground spare of the first commercial communications satellite to be placed in geosynchronous orbit,” said Jim David, curator at the National Air and Space Museum. “The Intelsat 1 satellite will be a featured among iconic artifacts like the Hubble space telescope and Skylab in a new exhibition opening in 2025.”

Intelsat 1 emphasizes Intelsat’s role as the foundational architect of satellite technology – past, present and future. Intelsat's mission is to make broadband more accessible worldwide. With a 50-year record of delivering seamless and secure coverage to government and industry leaders across 200+ countries, the company is investing $2B, initially, to build a unified, global network that will support virtually any access technology, enabling the next generation of global mobility, IoT and 5G services.

As the foundational architects of satellite technology, Intelsat operates the world’s most trusted satellite telecom network. We apply our unparalleled expertise and global scale to connect people, businesses, and communities, no matter how difficult the challenge. Intelsat is building the future of global communications with the world’s first hybrid, multi-orbit, software-defined 5G network designed for simple, seamless, and secure coverage precisely when and where our customers most need it. Follow the leader in global connectivity and “Imagine Here,” with us, at Intelsat.com. 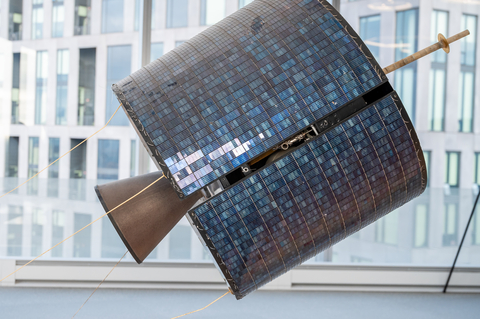