SERAING, Belgium--(BUSINESS WIRE)--Kaneka Eurogentec, an FDA inspected contract development and manufacturing organization (CDMO), announced today that its mRNA manufacturing facility has successfully produced a 25 g batch of mRNA for a US customer.

Eurogentec’s GMP mRNA manufacturing service offers in vitro transcription (IVT), purification, quality control and batch release of GMP material up to 25 g scale in its current facility in Belgium. In this project Eurogentec successfully produced and purified 25 g of material in one batch that will be tested by the customer. This quantity is equivalent to 100,000’s to millions of doses of mRNA, potentially sufficient for late clinical and commercial uses.

Ingrid Dheur, Vice President Biopharma Development at Kaneka Eurogentec stated, “This successful production confirms our ability to produce mRNA at large scale and with a quantity and purity level that exceeds the targets requested by the customer.”

Lieven Janssens, President and CEO at Kaneka Eurogentec added “The rapid growth in cell and gene therapy products is driving the need for plasmid DNA and mRNA production. Our existing pharma and biotech customers have already expressed the need for such large-scale manufacturing capabilities, and we have developed methods to respond to these needs. Additionally, we are currently in the planning stages for a 2nd manufacturing facility to further expand our GMP mRNA manufacturing offering”.

Messenger RNA (mRNA) is a molecule that encodes for a protein which will have a beneficial effect in patients. Rather than producing complex proteins, producing mRNA is a convenient way to deliver the protein as a precursor. The production of mRNA is much simpler than producing a recombinant protein and thus mRNA molecules have the advantage of enabling a shorter production time to clinic. For example, current mainstream therapies for the protection against COV-SARS-2 infections are based on mRNA and have been developed in record time. The success of these COVID-19 mRNA vaccines has opened the evaluation of mRNA for other infectious diseases, for example influenza or HIV, and the need for custom large-scale production of GMP mRNA.

Eurogentec was founded in 1985 as one of the first biotech companies in Belgium. Kaneka Eurogentec contributes to improving health and fighting diseases by supplying products and services to scientists involved in life science research, molecular diagnostics, and therapeutic developments. The Liège-based company is recognized as one of the major suppliers in the field of genomics and proteomics as well as a trusted Contract Development and Manufacturing Organization (CDMO) for the bio-production of pharmaceuticals (vaccines and medicines).

Eurogentec is one of a few CDMOs capable of manufacturing GMP oligonucleotides, mRNA, plasmid DNA and recombinant proteins for human injectable use, with commercial products sold in USA, Europe and Japan.

Kaneka is an innovation-oriented chemical company. Traditionally the company has been active in polymers, fermentation, biotechnology, and electronics, as well as other fields. Business activities now span a broad spectrum of markets ranging from plastics, EPS resins, chemicals and foodstuffs to pharmaceuticals, medical devices, electrical and electronic materials, and synthetic fibers. The life science related activities are currently one of the strategically important domains for Kaneka. The company has been a pioneer among Japanese chemical companies in establishing overseas operations, beginning in 1970 with a subsidiary in Belgium. 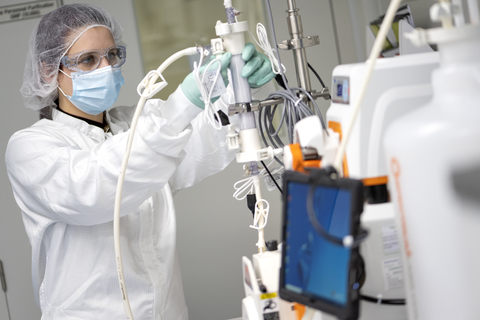 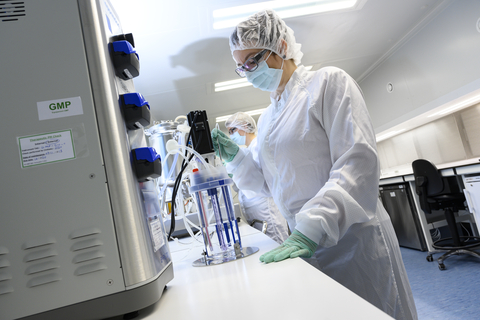