TAIPEI, Taiwan--(BUSINESS WIRE)--“Father,” a documentary that was widely received by Taiwanese and Japanese audiences, illustrates the life story of Taiwan’s renowned glove puppeteer Chen Hsi-huang (陳錫煌) and his relationship with his father Li Tian-lu (李天祿), an iconic Taiwanese puppeteer.

Titled “Taiwan, a Puppet Show at Street Corners” in Japan, the documentary contains valuable images of Chen as well as Taiwan’s cultural heritage provided by Backstage Studio Co., Ltd. The company’s “Images Preservation of Taiwanese Glove Puppetry Master Chen Hsi-huang” was subsidized by the Ministry of Culture’s Taiwan Cultural Memory Bank, a project aiming at preserving and reconstructing the collective memories of Taiwan.

As the only Taiwanese artist that was recognized by the Ministry of Culture as the preserver of both traditional glove puppetry and classical glove puppet clothing and headwear props, Chen has been dedicating his life to promoting the traditional puppetry. His performance skills enable puppets to present diverse and vivid movements, making them look like they are alive.

In addition to Pili Glove Puppetry, whose exquisite productions are exported to Japan, there are different kinds of puppetry troupes dedicated to preserving the traditional performance art in Taiwan.

For instance, the Golden Light Puppetry, which uses bigger and heavier glove puppets, is more prevalent in southern Taiwan.

“You have to infuse the puppets with soul when you perform,” said Chen in “Father.” Chen devotes his whole life to improving puppetry performance and introducing the traditional culture to younger audiences.

Directed and shot on high-definition video by Yang Li-chou (楊力州), who spent 10 years documenting Chen’s life as a puppeteer, “Father” records how puppeteers manipulate puppets and presents the isolated movements of three performances by Chen.

Through Taiwan Cultural Memory Bank, those who are interested in learning can learn puppetry techniques by watching and copying the movements in the film. 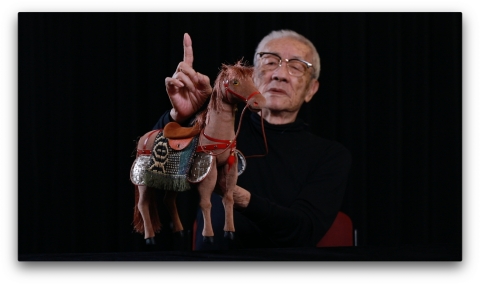