Collective Memories of Golden Years: Highlights from the 1950s to 1960s Taiwan

In response to the Taiwan Cultural Memory Bank project, the Central News Agency established a digital archive to presents the history of Taiwan since 1949, the year when the Republic of China government retreated to Taiwan, to 1960.

Titled “Golden Years of Taiwan: 1949-1960,” the digital archive offers glimpses of the development of Taiwan’s diverse cultures, major industries, and public infrastructure, as well as key events over the decade.

For example, zoos were an important recreational area in the 1950s and 1960s Taiwan, and Taipei Zoo has become a collective memory of Taiwanese people of different generations. Through the old photos, viewers can learn that some interesting facts.

For example, elephant Lin Wang (林旺) was actually not the first animal star in Taipei Zoo but elephant Miss Ma (瑪小姐); lions jumping through fire loop was the most popular performance; Taipei Zoo was originally located in Yuanshan.

After the Second World War, Taiwan established the first department store called Jianxin Department store in Ximending. In that era, Minsheng Theater and Chunghwa Market were the most popular places where people watched movies and shopped. Many residents in Taipei still retain the memory of the hustle and bustle of Ximending, which still influences the lives of people in Taipei today.

The Taiwan Cultural Memory Bank project seeks to recall people’s memories and reconstruct the history of Taiwan of different eras through collecting old photographs and interview. These collective memories will then be transformed into the nation’s cultural assets and introduced to the world. 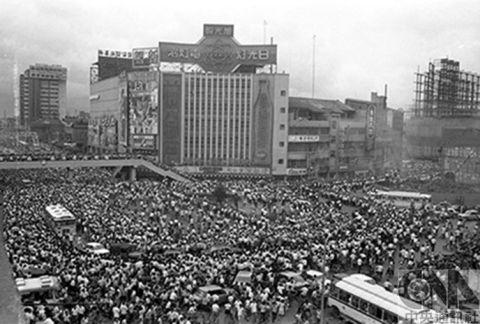