As Blackfoot Modernizes its Infrastructure, the Search for Backup Storage Ends with ExaGrid

ExaGrid Increases Backup Performance and Reliability, Allowing IT Staff to ‘Get Weekends Back’

MARLBOROUGH, Mass.--(BUSINESS WIRE)--ExaGrid®, a leading provider of intelligent hyperconverged storage for backup, today announced that Blackfoot Communications uses ExaGrid disk-based backup systems to increase backup performance while simplifying the management of its backup environment. In addition, Blackfoot was able to retain its investment in its existing applications and processes because ExaGrid supports a wide variety of backup applications and utilities.

Headquartered in Missoula, Montana, Blackfoot Communications is the partner of choice for business voice, data, cloud and IT services across the Pacific Northwest. In addition, Blackfoot provides residential phone and broadband internet services across Western Montana and Eastern Idaho.

The IT staff at Blackfoot had used several backup solutions over the years, keeping up with technology as it changed, including tape libraries, disk-attached storage and deduplication appliances. Once the company virtualized its infrastructure, it switched its backup application to Veeam® Backup & Replication™. “Our previous solution didn’t support Veeam’s synthetic fulls or instant restores, so I decided to look into better options. After doing some research, I learned about ExaGrid and reached out to my reseller to set up some calls. We installed ExaGrid about a year ago, and it changed my life!” said Mike Hanson, Senior Systems Administrator at Blackfoot.

Now that Blackfoot uses Veeam with ExaGrid, the IT staff uses more of Veeam’s features, such as weekly synthetic fulls, SureBackup™ verifications, and Instant VM Recovery®, as well as the Veeam Accelerated Data Mover built into the ExaGrid system. “When I get to work in the morning, I check my email and login to the Veeam console. It takes me two minutes to verify my backups, and I move on with my day. It really has changed the way we do business,” said Hanson.

ExaGrid’s unique integration with Veeam boosted backup performance. “The impact of the full backups on our systems has been reduced from 30 hours to 3.5 hours. ExaGrid is able to create synthetic full backups using Veeam’s Accelerated Data Mover within the appliance, having minimal impact on our production infrastructure. The synthetic full itself takes about nine hours, but after the incremental, which takes three and a half, our systems are free to perform other duties, so it’s had a huge impact on our environment,” Hanson said. He has found that using ExaGrid has made backing up Blackfoot’s data effortless. “What I love most about using ExaGrid is the simplicity of it all. It integrates well with my backup solution, and the system runs itself. It’s given me my weekends back.”

Through ExaGrid’s unique Landing Zone and the integrated Veeam Data Mover within the appliance, backups are written Veeam-to-Veeam versus Veeam-to-CIFS, which provides a 30% increase in backup performance. ExaGrid is the only product on the market that offers this performance enhancement. Because ExaGrid has integrated the Veeam Data Mover, Veeam synthetic fulls can be created at a rate that is six times faster than any other solution. ExaGrid stores the most recent Veeam backups in undeduplicated form in its Landing Zone, has the Veeam Data Mover running on each ExaGrid appliance, and has processor in each appliance in a scale-out architecture. This combination of Landing Zone, Veeam Data Mover, and scale-out compute provides the fastest Veeam synthetic fulls versus any other solution or configuration on the market.

ExaGrid’s published customer success stories and enterprise stories number over 360, more than all other vendors in the space combined. These stories demonstrate how satisfied customers are with ExaGrid’s unique architectural approach, differentiated product, and unrivalled customer support.

About ExaGrid
ExaGrid provides intelligent hyperconverged storage for backup with data deduplication, a unique Landing Zone, and scale-out architecture. ExaGrid’s Landing Zone provides for the fastest backups, restores, and instant VM recoveries. Its scale-out architecture includes full appliances in a scale-out system and ensures a fixed-length backup window as data grows, eliminating expensive forklift upgrades. Visit us at exagrid.com or connect with us on LinkedIn. See what our customers have to say about their own ExaGrid experiences and why they now spend significantly less time on backup. 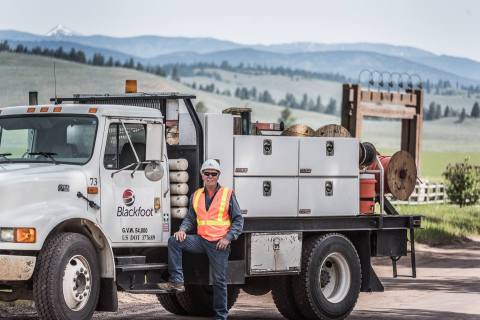