ABU DHABI, United Arab Emirates--(BUSINESS WIRE)--Today the 17th Edition of the Abu Dhabi International Hunting and Equestrian Exhibition (ADIHEX) 2019 was launched with an unexpected number of visitors in the first opening day. The event is held under the patronage of His Highness Sheikh Hamdan bin Zayed Al Nahyan, Ruler's Representative in Al Dhafra Region and Chairman of Emirates Falconers’ Club and is ongoing until the 31st of August 2019.

The slogan for this year’s edition is “Together to Consolidate Sustainable Hunting Initiatives.” As such, all the activities and activations will highlight the definitions of sustainable hunting among a universal audience in order to stress on the environmental balance between hunting and preserving various birds of prey.

The 17th edition combines 11 sectors and they are: Veterinary Products & Services, Hunting Guns, Media, Outdoor Leisure Vehicles and Equipment, Hunting Tourism and Safari, Arts and Crafts, Equestrian, Falconry, Fishing and Marine Sports, Hunting and Camping Equipment and the Promotion and Preservation of Cultural Heritage. This is in addition to the Arena that is dedicated to horse, camel, and dog shows.

Today there was a workshop that discussed the Illegal Trade in Birds of Prey that was held today on the sidelines of the initiatives of the exhibition. It was held in the presence of His Excellency Dr. Thani Bin Ahmed Al Zeyoudi, Minister of Climate Change and Environment, His Excellency Majid Ali Al Mansouri, Secretary General of the Emirates Falconers’ Club and Chairman of the Higher Organizing Committee of ADIHEX and Her Excellency Dr. Sheikha Salem Al Dhaheri, Secretary General of the Environment Agency Abu Dhabi, and a number of local and international officials.

The workshop reviewed the mechanisms of the process and efforts taken by local and international institutions aiding the efforts of the International Association for Falconry and Emirates Falconers’ Club, who organized the workshop, to promote the elimination of illegal trade of birds of prey.

In the current edition of ADIHEX there will be the ‘ADIHEX Awards’ for individuals and organizations contributing to the success of the exhibition. The exhibition is organizing a Camel Auction in the arena during the five days of the exhibition. There is also an Art Auction that showcases very special artistic pieces and paintings by talented artists.

ADIHEX also hosts an Innovation Hub which is a platform for all amateurs, small companies, and anyone interested in hunting, equestrian, and falconry to showcase their special pieces. During the show there is a daily Falcons Auction being held for the first time and runs throughout the five days of the exhibition.

The exhibition is also hosting various competitions and cultural and entertainment activities that are curated for visitors with prizes worth more than one million dirhams. 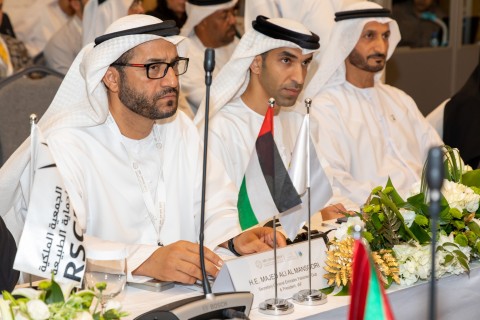 A shot from the workshop of the Illegal Trade in Birds of Prey held in the presence of His Excellency Dr. Thani Bin Ahmed Al Zeyoudi, Minister of Climate Change and Environment, His Excellency Majid Ali Al Mansouri, Secretary General of the Emirates Falconers’ Club and Chairman of the Higher Organizing Committee of ADIHEX (Photo: AETOSWire) 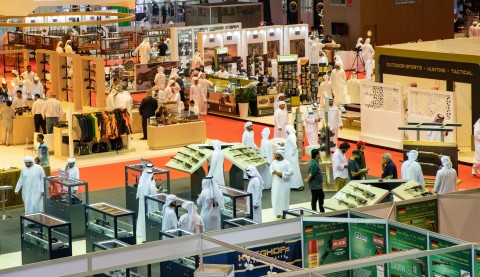 A shot from the first day of ADIHEX 2019 (Photo: AETOSWire) 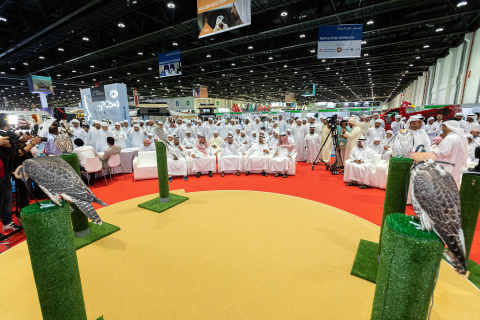 A glimpse of the Falcons Auction during the first day of ADIHEX 2019 (Photo: AETOSWire)