TOKYO--(BUSINESS WIRE)--Mori Building Co., Ltd., a leading urban landscape developer, has begun construction on its “Toranomon-Azabudai District Category 1 Urban Redevelopment Project,” a massive urban regeneration project aimed at revitalizing a large area of central Tokyo. A groundbreaking ceremony was held on August 5 and project completion is scheduled for the end of March 2023.

The core concept of the Toranomon-Azabudai Project is that of a “Modern Urban Village,” a unique neighborhood that will combine the sophistication of a megalopolis with the intimacy of a small village in the heart of Tokyo. It will cover an area of approximately 8.1 hectares, similar to that of New York’s Rockefeller Center, and will feature extensive greenery totaling 24,000 m2 including a 6,000 m2 central square. Total floor area will be 860,400 m2, including 213,900 m2 of office space and about 1,400 residential units. Some 20,000 office workers and 3,500 residents will work and live there, and 25-30 million people per year are expected to visit this totally new city-within-a-city.

Its physical structures will incorporate cutting-edge seismic designs and technologies, with dedicated power stations supplying electricity to the whole neighborhood. The project is designed to provide a safe city that will allow people to carry on living and working even in the event of a major disaster on the scale of the Great East Japan Earthquake. Mori Building’s unsurpassed safety and security measures are designed to create cities to escape to, rather than flee from.

The Toranomon-Azabudai Project will create a “unique people-centered space” by blending diverse elements and creating a world of its own. The project will seamlessly weave offices, residences, a hotel, an international school, retail shops, restaurants and cultural facilities into the fabric of everyday life, encompassing work, learning, recreation, interaction and relaxation. Built around innovative features that will include a village-like plaza surrounded by greenery, the project will create an urban space where people achieve harmony with nature as well as connecting with and inspiring each other with creativity. Far more than a mere grouping of buildings, the project will realize an integrated social ecosystem based on a people-centered approach to planning.
The core theme of the project is the huge 6,000 m2 central square offering “Green & Wellness” that will allow people from its diverse communities to gather and meet. A significant proportion of the site, including spaces on top of podium buildings, will be covered with greenery to take advantage of the stepped architecture. There will be more than two hectares of green space, including the central square, creating a seamless urban oasis filled with trees, flowers and waterscapes.

100% of the electricity supplied to the entire neighborhood will be from renewable sources, which will meet the targets stipulated in the RE100 international environmental initiative led by the UK’s Climate Group. The mental and physical wellbeing of people living and working in the area will be supported with wellness programs involving medical facilities, sports facilities, a food market, restaurants and the environment of the central square. Mori Building will apply for project certification under the WELL Building Standard™ of the International WELL Building Institute™.

The Toranomon-Azabudai Project will result in an urban environment where various aspects of people’s lives— working, living, relaxing, getting together, learning, playing—will be seamlessly connected. Rather than designing the city around facilities such as offices, residences and hotels, Mori Building is approaching this development from the perspective of human activity by removing the barriers between facilities. Here, various facilities will interact and collaborate, offering people the opportunity of totally new lifestyles; a place where people can spend their life in harmony with nature, where they will meet and live in a community, and where they can live creative and stimulating lives. The entire city, full of greenery, will become a place of learning, a workplace, a home, and a playground.

The world's top creators were assembled to realize the design of this unique “Modern Urban Village,” with Mori Building playing a pivotal role in the project organization. Public realm and lower level architecture were created by Heatherwick Studio from the UK, led by Thomas Heatherwick, the designer and creator of the London 2012 Olympic Cauldron. The three skyscrapers were designed by Pelli Clarke Pelli Architects from the USA under the direction of the late César Pelli and Fred Clarke. The retail space was designed by Sou Fujimoto Architects of Japan, led by Sou Fujimoto. Other noted experts from around the world also participated.

Mori Building’s strategic area, which incorporates the district encompassed by the Toranomon-Azabudai Project, straddles the center of Tokyo’s Minato City. The area has long had an international feel to it; many foreign-minded companies gravitate here, and it hosts a large number of foreign residents. Rich in international flavors, diversity and culture, this area has extremely high potential to become a new international hub of Tokyo.

The new project site is adjacent to Mori Building’s ARK Hills complex at the midpoint between Roppongi Hills, the “Cultural Heart of Tokyo”, and Toranomon Hills, the “Global Business Hub”. These existing Hills projects will be linked by the Toranomon-Azabudai Project; this will enhance the evolution of the entire area, creating a new international urban focal point as well as a new cultural and economic hub in the heart of Tokyo.

Mori Building is an innovative urban developer based in Tokyo. The company is committed to maximizing the magnetic power of cities by creating and nurturing safe, sustainable and cosmopolitan urban centers based on its unique Vertical Garden City concept of high-rise centers for business, education, leisure and residences. The concept has been applied in the company’s many leading-edge projects, including ARK Hills, Roppongi Hills and Toranomon Hills in Tokyo and the Shanghai World Financial Center. Mori Building is also engaged in real estate leasing, project management and consultation. Please visit www.mori.co.jp/en 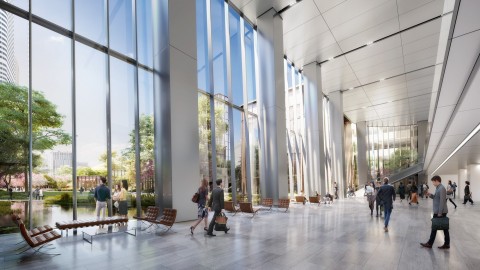 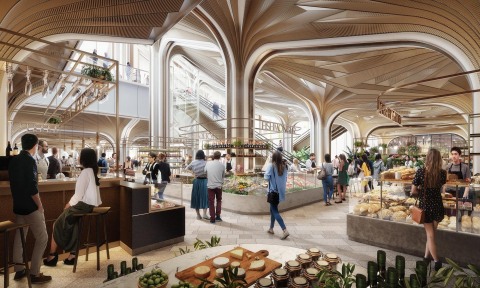 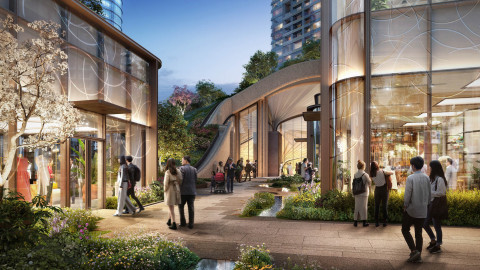 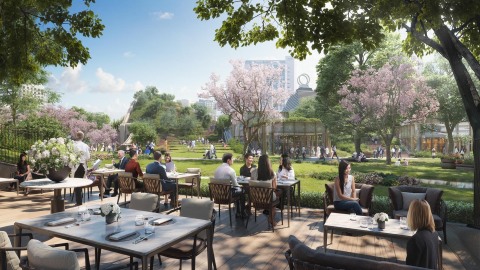 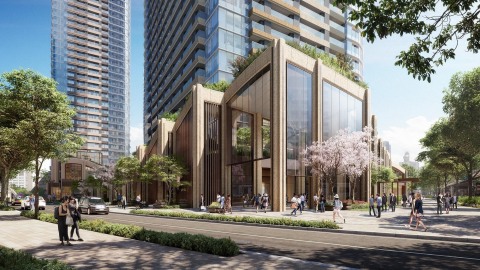 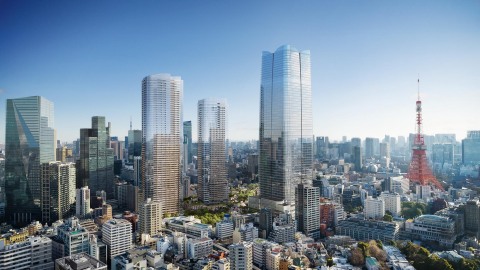 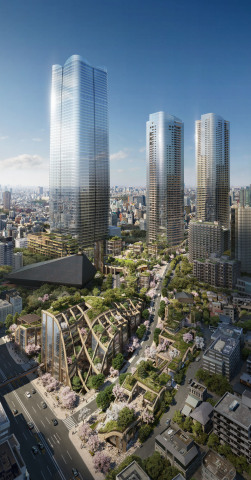 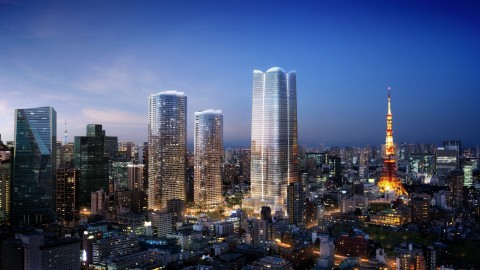 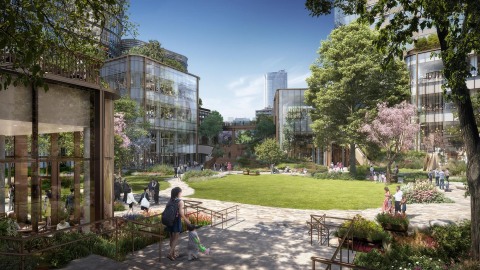 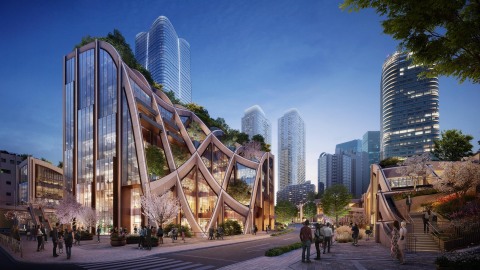 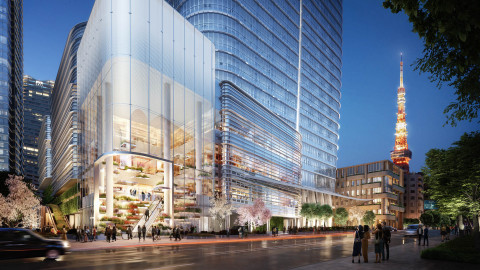 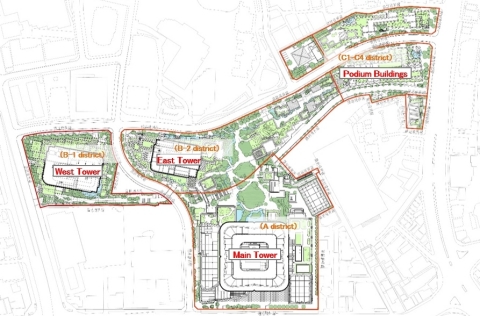