MANCHESTER, England--(BUSINESS WIRE)--To celebrate making football history by becoming the first English football club to lift six trophies across both its men’s and women’s teams in the same season, Manchester City will be taking its silverware on the road to celebrate with fans around the world. Alongside the back-to-back Premier League title, the Blues claimed a further five trophies; FA Cup, Community Shield, Carabao Cup, Women’s FA Cup and FA WSL Continental Cup. City will become the first Club to showcase the men’s and women’s trophies on tour at the same time.

Presented by Etihad Airways, the national airline of the United Arab Emirates, the six-month tour will see the trophies appear in cities around the world in the following destinations; China, Hong Kong, Japan, USA, Brazil, Nigeria, UAE, Egypt, South Korea, Indonesia, Australia, Thailand, India and then returning to England. Led by a City legend, the Trophy Tour will take over each city it visits and feature a programme of exciting fan activations including football festivals with expert coaching advice from City coaches, CityLive! match screening parties with exclusive competitions and prizes, and City legend Q&A sessions with Supporter Clubs.

The highlight of the tour will be an immersive fan experience that is modelled to look like the home dressing room at the Etihad Stadium, giving fans who would never get to visit Manchester the chance to experience the excitement of a City matchday.

In every country, fans will be able to nominate a second city for the trophies to visit, making the tour more interactive than ever before. Voting will take place via the Cityzens membership platform which is free to access.

The tour will also celebrate City’s new partnership with PUMA, allowing fans the chance to get up close to the popular new kits, launched last week and inspired by the city of Manchester.

Nuria Tarre, Chief Marketing Officer at City Football Group, commented: “We’re excited to have the men’s and women’s trophies on tour at the same time – this is a football first and we can’t wait to celebrate our historic success with fans around the world. The tour will bring an authentic City experience to every city, allowing those fans who would never get to travel to Manchester the chance to experience the club they love closer than ever and right in their hometowns.”

Yasser Al Yousef, Vice President Commercial Partnerships at Etihad Airways, said: ““As proud partners for 10 years, Etihad Airways is delighted to once again celebrate the success of Manchester City and marking such a formidable season by visiting fans all over the world. Being title partner of the trophy tour is a perfect reflection of the airline’s goal to promote global connectivity through football.”

Details for each city’s trophy tour will be announced shortly and fans can keep up to date at www.mancity.com/trophytour and via the Club’s Cityzens platform.

* All dates are subject to change due to match fixtures 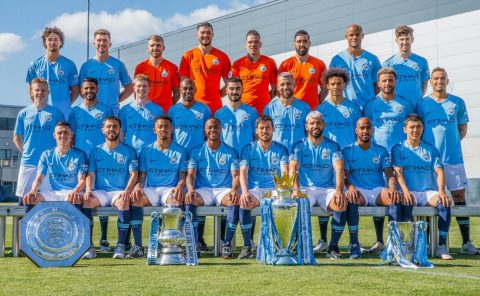