NEW YORK--(BUSINESS WIRE)--Xandr, AT&T’s advanced advertising and analytics company, announced new television research on Entertainment Discovery and Tune-In as it relates to the power of premium content and the role of advertising.

Xandr partnered with Insight Strategy Group to conduct a nationwide survey among 2,000 TV viewers. The findings unpack the state-of-show discovery, identifying the optimal role for advertisers to captivate viewers and drive action. To view the full study, click here.

“Our research set out to discover how advertisers are best suited to navigate the rapidly expanding entertainment universe, when consumers’ time and attention are at a premium,” said Kirk McDonald, Chief Marketing Officer at Xandr. “We wanted to know exactly how tune-in behaviors are changing and what advertisers can do to break through this highly competitive environment.”

Xandr’s research found that although viewers discover shows through many different sources, one fact was evident, TV advertising is the most effective medium for viewers to discover new shows and influence content choices. TV advertisements are the most common way viewers first hear about new shows, according to the survey results.

Overall, 56% of viewers learn about new shows from TV advertisements, followed by 43% who hear about shows through word of mouth from friends and family, and 22% who hear about them on social media.

Today, roughly 2 in 3 viewers consume content across both linear and digital platforms. Additionally, consumers divide their viewing time between linear and digital based on the platform that is most convenient for their schedule. As such, consumers are continuing to gain more control over when and where they watch their content.

For example, viewers plan opportunities to maximize their content experience and time, averaging about 5.5 hours per session. As a result, the timeframe in which they actively watch, and finish shows has been shortened and is more sporadic with 82% of viewers finishing a show within one week.

With Upfronts underway, advertisers are tasked with making informed decisions about how to best reach specific targets across the fragmented TV landscape. In a world where viewers are inundated with content choices, TV advertising plays a pivotal role in breaking through the clutter, helping viewers maximize their time by minimizing complexity.

For show providers, this means TV ads remain a critical part of a strong cross-platform campaign strategy, and a key component in their marketing mix. And for advertisers, changing consumption patterns present opportunities to match consumer preferences – rather than interrupt them.

Xandr’s Entertainment Discovery & Tune-In Research is the first in a series of consumer entertainment and advertising research that will be published by Xandr this year.

About Xandr
Xandr is creating a better solution for advertisers and publishers to find and reach specific audiences at scale in trusted, premium content environments. As a current leader in advanced TV advertising with the one of the best technology platforms, AppNexus, we help advertisers deliver the right message, at the right time, on almost any device. We are rooted in a tradition of responsible data usage. For more than 143 years, AT&T has used data and technology to inform and improve the customer experience. 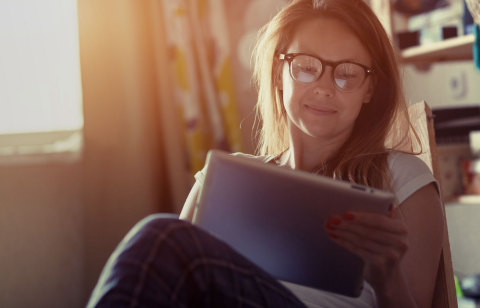