Emissions reduction in cement production and capture of CO2, equal to 24% of cement mass during concrete curing, reduces carbon footprint up to 70%

PISCATAWAY, N.J.--(BUSINESS WIRE)--The carbon impact of Solidia Technologies® cement and concrete has surpassed four million kilograms (8.8 million lbs) through the combination of emissions reduction and carbon capture achieved during production. Solidia’s technology allows for a 30% reduction in carbon dioxide (CO2) emissions (245 kg) in the production of cement. Coupled with the capture of an additional 240 kg of CO2 during the CO2-curing process in concrete, equal to 24% of the cement mass, Solidia’s systems can reduce the carbon footprint of cement and concrete by up to 70%.

“We’re proud to celebrate Earth Day with a measurable and proven impact on the environment, while offering meaningful value to industry and with the potential to do so much more,” said Solidia President and CEO Tom Schuler. “Our technology impacts both ends of the global carbon challenge by lowering emissions and capturing and safely sequestering CO2 in an industry large enough to move the needle.”

Solidia takes a giant step that will leave a small footprint. When applied globally, each year it will reduce:

Concrete is the world’s second most utilized substance, exceeded only by the consumption of water. Over 30 billion tonnes of concrete, containing approximately three billion tonnes of OPC, are manufactured and used every year. Cement production is the second largest industrial CO2 polluter, representing 5 to 7% of the world’s total CO2 emissions.

Solidia transforms CO2 into a valuable global commodity. Within five years, Solidia’s need for CO2 will more than double the existing CO2 market.

“We are scaling technologies that will bring one of the world’s oldest and largest industries into the 21st century,” explained Schuler. “Our higher-performing, aesthetically enhanced products solve problems that plague the industry, on top of a superior sustainability profile. The industry will pivot to Solidia because we have made adopting sustainable innovation smart business with measured and proven value and impact.” 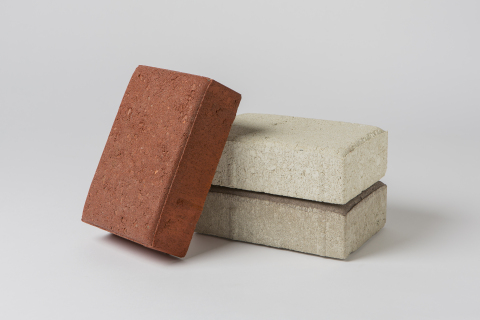