The conflict has resulted in the manufacture and deployment of landmines by militias causing over 1,539 recorded deaths, injury for over 3,000 and permanent disability to over 900 Yemenis, mostly women, children and the elderly. Unfortunately, these figures are far less than the actual numbers as the national demining program has not been able to identify and register them. At a KSrelief-funded prosthetics center in Marib, more than 195 landmine victims were fitted with 305 prosthetic last year.

This KSrelief-funded project was launched Monday following the Yemeni Government’s signing of an Agreement for Clearance of Landmines and Explosive Remnants of War with Dynashield, in solidarity with UK company Dynasafe. Clearance will be in five phases:

· Phase one: Consultation, surveying and coordination with local authorities.

· Phase two: Deployment and the initial execution on safe clearing of landmines.

Dr Abdullah Al Rabeeah, KSrelief Supervisor General, said: “The use of landmines against the innocent people of Yemen has been a despicable blight on the lives of civilians and aid workers across the country. KSrelief and our partners at Dynashield, with the support of the Yemeni government, are committed to the safe and comprehensive removal of these devastating devices. Critically, this project will also clear aid delivery routes to ensure an unimpeded flow of humanitarian supplies. Our promise is a life without landmines for the people of Yemen.” 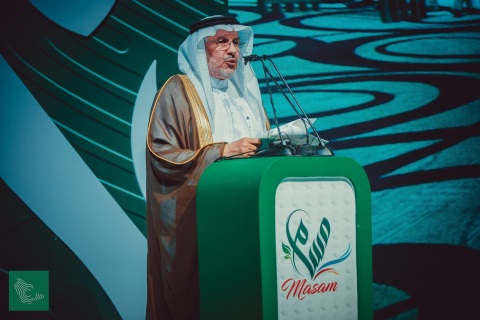