RIYADH, Kingdom of Saudi Arabia--(BUSINESS WIRE)--Five researchers and scientists from Malaysia, Jordan, Tunisia, the US and the UK have been named winners of the King Faisal Prize 2018 as the 40th edition of the renowned award recognized their distinguished contributions towards humanity. The Prize honours exceptional achievements in five categories: Service to Islam, Islamic Studies, Arabic Language & Literature, Medicine, and Science.

Professor Irwandi Jaswir, Deputy Dean of the International Institute for Halal Research and Training (INHART) and Secretary of Council of Professors at the International Islamic University Malaysia (IIUM), has been named the winner in the Service to Islam category for contributions to the development of ‘Halal Science’ and Halal food and consumer goods.

Professor Bashar Awad of Hadith at the International Islamic University, Jordan, has been named the winner of this year’s King Faisal Prize for Islamic Studies in recognition of work related to the topic, ‘Critical Editions of Islamic Historical and Biographical Texts’.

The King Faisal Prize for Arabic Language and Literature has been award to Professor Chokri Mabkhout of Manoubah University, Tunis, for ‘Studies Dealing with Autobiography in Arabic Literature’.

Professor James P. Allison of the Vivian L. Smith Distinguished Chair of the Department of Immunology, USA, has been named as the winner of the King Faisal Prize 2018 for Medicine for major findings in the field of Immunotherapy for Cancer.

Professor Sir John M. Ball, who is the Sedleian Professor of Natural Philosophy at the University of Oxford, is the winner of the King Faisal Prize for Science for outstanding contributions in the field of Mathematics. Prof. Ball has been recognized for works related to nonlinear partial differential equations, the calculus of variations, and dynamical systems.

King Faisal Prize was established in 1977 by the King Faisal Foundation (KFF), a philanthropic organization founded in 1976G/1396H by the sons and daughters of the late King Faisal bin Abdulaziz, as a tribute to their father. The Prize was granted for the first time in 1979G/1399H in three categories: Service to Islam, Islamic Studies and Arabic Language and Literature. In 1981G/1401H, a prize in Medicine and a prize in Science were added. The Medicine prize was awarded the following year, in 1982G/1402H, whereas the Science prize was awarded in 1984G/1404H. 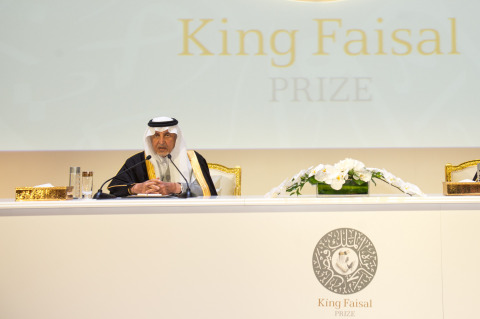 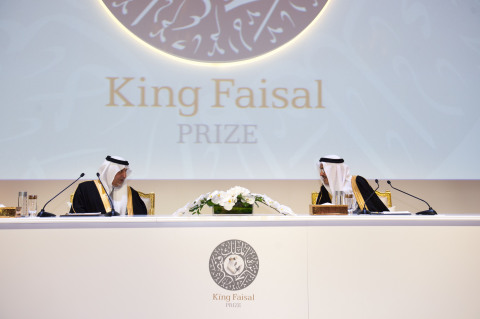