MILWAUKEE--(BUSINESS WIRE)--Rockwell Automation, Inc. (NYSE:ROK) today announced that its Board of Directors has elected President and Chief Executive Officer Blake D. Moret as Chairman of the Board effective January 1, 2018. Moret, 54, succeeds Keith D. Nosbusch, who has served as chairman since 2005 and remains as a director. The Company will continue to have an independent lead director.Donald R. Parfet, Lead Director, said: “Since Blake became CEO and joined the Board in July 2016, he has demonstrated that he is exceptionally well qualified to lead the Company and the Board. Blake is a champion of the Company’s high performance culture with an extraordinary ability to inspire and connect with customers, employees, partners and the leadership team. The Board is confident that this leadership structure will continue to drive the Company’s success.”

Moret began his career in 1985 as a sales trainee, and subsequently served in senior positions across the organization, including international assignments in Europe and Canada. He was promoted to senior vice president of Control Products & Solutions, one of the Company’s two business segments, in 2011, and to president and chief executive officer in July 2016.

Moret earned a bachelor’s degree in mechanical engineering from Georgia Institute of Technology. He serves on the National Association of Manufacturers’ (NAM) Board of Directors and Executive Committee and on the boards of other industry and civic organizations and is a member of the Business Roundtable. 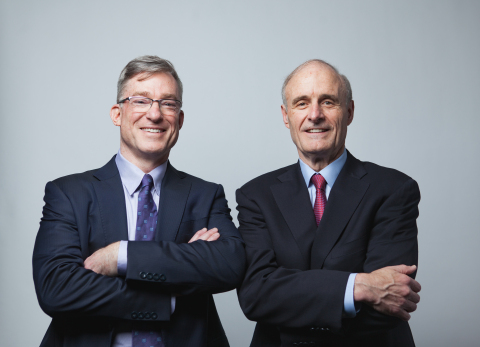