Sulzer: Counterfeiters and Patent Infringers at the IDS 2017 – Sulzer Mixpac Continues to Enforce Its Rights

HAAG, Switzerland & COLOGNE, Germany--(BUSINESS WIRE)--Sulzer Mixpac Ltd (SULZER) operates globally in the field of static mixing tips, cartridges and dispensing devices for the dental sector. In recent times, substantially identical copies of the static mixing tips for two-component cartridges and syringes have increasingly been discovered. These copies by other manufacturers are not subject to SULZER's strict quality controls and are therefore not covered by its warranty. In the interests of its clients, SULZER will continue to take legal steps against all such copies.With its ruling back in 2010, the Cologne District Court decided many years ago that the mixing tips forming the basis of our complaint represent unfair copies of the mixing tips of Sulzer Mixpac Ltd. and result in an avoidable deception with respect to the commercial origin (Court ref.: 33 O 306/09). This decision was also then confirmed in the second instance by the Cologne Higher Regional Court with its 2011 ruling (Court ref.: 6 U 189/10).

SULZER has continued to successfully enforce these rights over the years in many dozens of court actions against, or out-of-court settlements with, slavish imitators of its mixing tips as well as to successfully enforce its patent, trademark or other IP rights against certain infringing colored mixing tips in many countries, such as Germany, Japan, the US and the UK.

Despite these measures, in the years 2016/2017 further unfair slavish copies of the mixing tips and/or patent-infringing mixing tips were discovered and action was taken, for example, in Germany. Shortly before the IDS 2017, several distributors of mixing tips infringing EP0885651 in Germany were stopped by accepted court decisions or out-of-court settlements. In addition, patent infringement actions were filed at the Dusseldorf District Court against three Korean suppliers of mixing tips infringing EP0885651 who were offering them at the IDS 2017, B&E Korea Co., Han Dae Chemical, and HDI Inc. All three infringers have now accepted the preliminary injunctions as a final binding decision. In addition, the Korean manufacturer of these patent-infringing mixing tips, Seil Global, has agreed to respect SULZER’s rights worldwide for all members of the patent family for their remaining lifetimes.

In addition, a total of eleven preliminary injunctions due to unfair competition were obtained from the Cologne District Court against various providers of slavish copies of SULZER’s mixing tips during the IDS 2017 by which inter alia the offering, advertising and marketing of these copied mixing tips for the dental sector were prohibited. Furthermore a preliminary injunction from the Dusseldorf District Court was served at the IDS 2017 on an exhibitor offering dynamic mixers infringing SULZER’s European patent, EP1943012.

We recommend that you will continue to take great care to ensure that you actually do receive the original mixing tips from Sulzer Mixpac. We can only guarantee the proven high MIXPACTM quality for original MIXPAC dental products made exclusively by SULZER at its automated clean room factory in Switzerland where strict quality control, close tolerances and rigid cleanliness standards produce mixing tips of the highest quality, safety and reliability.

MIXPAC mixing tips are the industry leader for 2-component static mixing solutions for dental applications. The mixing tips have a Dome shape and CANDY COLORS™ (yellow, teal, blue, pink, purple and brown) registered as trademarks in several countries used with a materials cartridge. The MIXPAC system is also protected by European, U.S. and other national patents. MIXPAC dental products are made exclusively by Sulzer at its automated clean room factory in Switzerland where strict quality control, close tolerances and rigid cleanliness standards produce mixing tips of the highest quality, safety and reliability.

Sulzer is committed to protecting its products. Genuine MIXPAC tips can be identified by the MIXPAC™ name stamped on the retaining ring and the CANDY COLOR Quality Seal.

With more than 850 employees, Sulzer Mixpac Ltd. is a world leading manufacturer and supplier of cartridge-based metering, mixing and dispensing systems and disposable mixers for reactive multi-component materials.

As part of the Sulzer group, Sulzer Mixpac Ltd. can draw on a strong international network. The head office is located in Switzerland. For optimal service to its customers, subsidiaries are located in the U.S., UK and China.

MIXPAC™ - is a registered trademark of Sulzer Mixpac Ltd., Switzerland.

T-MIXERTM - is a registered trademark of Sulzer Mixpac Ltd., Switzerland. 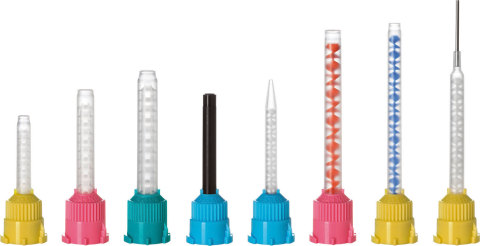 Patent infringement actions were filed against three Korean suppliers of mixing tips who were offering them at the IDS 2017. (Photo credit: Sulzer Mixpac, reproduction free of charge) 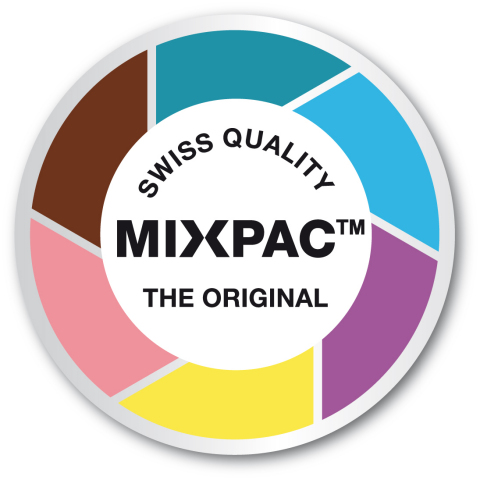 The mixing tips have a Dome shape and CANDY COLORS™ registered as trademarks in several countries used with a materials cartridge. (Photo credit: Sulzer Mixpac, reproduction free of charge)