TOKYO--(BUSINESS WIRE)--The Mori Memorial Foundation’s Institute for Urban Strategies, a research institute established by Mori Building, unveiled today its Global Power City Index (GPCI) 2016 report. The report was first released in 2008; it evaluates and ranks 42 major cities according to their “magnetism,” or their perceived overall power to attract creative individuals and enterprises from around the world.

The report revealed that Tokyo achieved a top three ranking for the first time, having been ranked fourth for the previous eight consecutive years; positive evaluations in the categories of Cultural Interaction, Livability and Accessibility helped improve its scores. London maintained its top ranking for the fifth year running despite its overall score decreasing slightly. New York experienced no significant change in its ratings, retaining its No.2 slot, also for the fifth year running. Paris dropped out of the top three to fourth position, due largely to a perceived decrease in the levels of Cultural Interaction and Research & Development; the terrorist attacks of last November are likely to have influenced those ratings.

“Tokyo’s positive result is due to the effects of various reforms enacted as part of the National Strategic Economic Zone policy, as well as the influence of various micro-economic factors, and Abenomics,” said Heizo Takenaka, Chairman of the Institute for Urban Strategies, The Mori Memorial Foundation. “More deregulation is necessary in order for Tokyo to retain its No. 3 position, and to help Tokyo aim for an even higher ranking in the build up to the 2020 Tokyo Olympic and Paralympic Games. “

Dr. Hiroo Ichikawa, Executive Director of The Mori Memorial Foundation, said, “London still held on to its top ranking, however it is not clear how the vote to leave the EU will affect the city’s position in the future.”

The Mori Memorial Foundation’s Institute for Urban Strategies has published its GPCI report annually since 2008. The GPCI index is based on an evaluation of 70 criteria across the six categories of Economy, R&D, Cultural Interaction, Livability, Environment and Accessibility, analyzing the strengths and weaknesses of global cities amid intensifying competition. For more details, see www.mori-m-foundation.or.jp/english/aboutus2/index.shtml#about_strategies 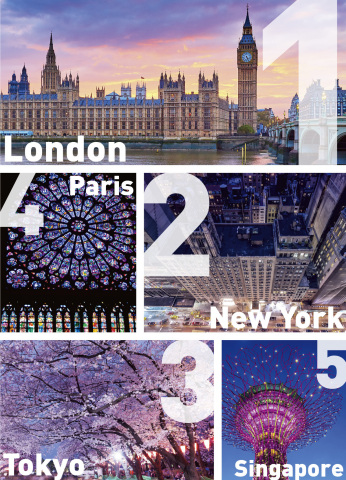 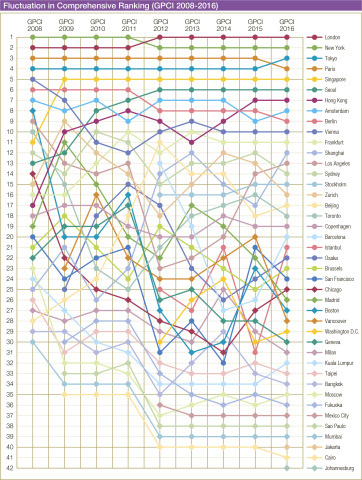 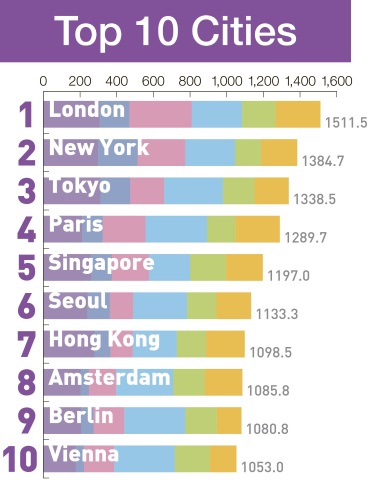 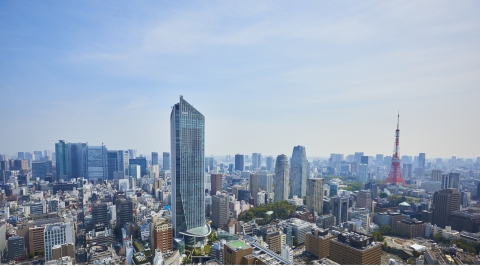