ABU DHABI, United Arab Emirates--(BUSINESS WIRE)--The Zayed Future Energy Prize, the world’s preeminent award for innovation in renewable energy and sustainability, will open for submissions in the U.S. on March 4, 2013. The prize is open to applicants in the categories of large corporation, small and medium enterprise (SME), non-governmental organization (NGO), individual lifetime achievement and high schools.

The Zayed Future Energy Prize is an annual $4 million award that recognizes companies, individuals, students and organizations that that have made significant contributions in the fields of renewable energy and sustainability. Launched in 2008, the Prize has gained global recognition and built a strong reputation as the most influential award in the renewable energy and sustainability community.

Out of nearly 600 submissions, the previous year’s prize winners included Siemens (large corporation), the San Francisco-based solar technology provider d.light design (SME), the Boston-based nonprofit Ceres (NGO), Dr. Jose Goldemberg (Lifetime Achievement) and four high schools representing regions around the world. Submissions have increased by approximately 300 percent over the past five years as global recognition of the Prize has grown. The United States led the world in submissions for the 2013 prize, accounting for nearly a quarter of all entries.

“The Zayed Future Energy Prize is fast creating a much needed ripple effect in renewable energy and sustainability around the world,” continued Dr. Al Jaber. “From China to Mexico and Germany to Tanzania, over the past five years the Prize has awarded and rewarded the innovators of our time to enable the world to address our collective future energy challenges.”

Winners are chosen according to a stringent four-stage selection process, including a shortlisting by an independent research and analysis firm and evaluation by separate review and selection committees. In the fourth and final stage, a jury comprised of heads of state, leading academics, energy experts and world renowned sustainability luminaries, discuss and select winners and runners up in each award category. Winners are chosen based on the Prize’s four main criteria: impact, long-term vision, leadership and innovation.

Winners will be announced in January 2014 at an award ceremony to be held in Abu Dhabi as a part of the Abu Dhabi Sustainability Week.

About the Zayed Future Energy Prize:

The Zayed Future Energy Prize embodies the vision of the late founding father of the UAE, Sheikh Zayed bin Sultan Al Nahyan who laid the foundation for renewable energy and sustainability as part of his legacy in sustainable development in the UAE. An annual award, the Prize is managed by Masdar, on behalf of the Abu Dhabi government and seeks to award achievements and innovation in the fields of renewable and sustainable energy, as well as to educate and inspire future generations.

For more information on the prize, please visit www.ZayedFutureEnergyPrize.com or find us on Facebook or on Twitter: @ZFEP. 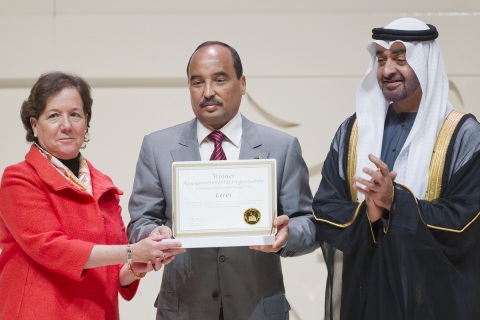 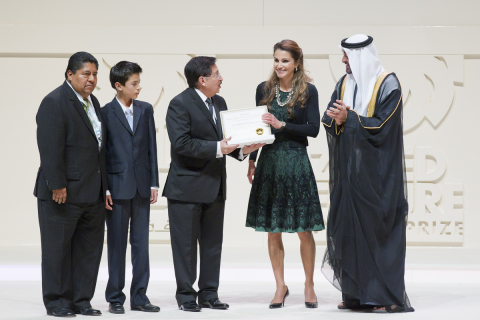